First and foremost- I’M FINISHED WITH THE SEMESTER! Gaah I am so happy right now. During the semester, I think at least once a week I told Jordan I was dropping out lol but now that it’s over, I feel very accomplished and honestly pretty proud of myself ! So all I have to do is remember this feeling for next semester when I’m telling Jordan that I’m dropping out again 🙂

Now onto the fireplace- As I’ve mentioned before- I live on Pinterest.

Definitely not afraid to admit that a lot of my ideas aren’t completely my own. Of course my outcomes are always a little different than what I’m going off of, but I’m happy about that . So I originally saw a crate with greenery and wood and lights all piled together looking super perfect. I knew I could get pretty close to it so I sent the picture to my dad (who I wouldn’t be able to do any of my bigger crafts without). He actually went hunting on a friends old pine tree farm, so that was just lucky that he could get my logs from there. I got my greenery from the tree farm we went to this year for our Christmas trees. Accompanied by a set of 100 string Christmas lights and some loose pine cones, this project turned out better than I could have expected. The crate is my favorite part- which I also got super  lucky on. My dad had a crate that his printer was sitting on that he had gotten years ago with beer in it! I saw it and had to give it better use than being a printer bench. You could maybe find a similar one here : Google Shopping 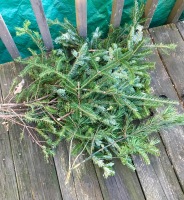 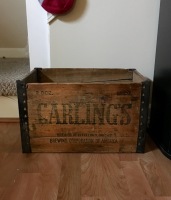 There really wasn’t much assembly to this- the logs were kind of hard to get to stay together and upright. I just used thin rope and stuck a really fat magazine in the back to act as a splint, and they are super tight and upright now! Other than that, just organize the greenery however it looks nicest and accentuates your firewood, drape your lights in there, add a few pine cones and you’re finished!! 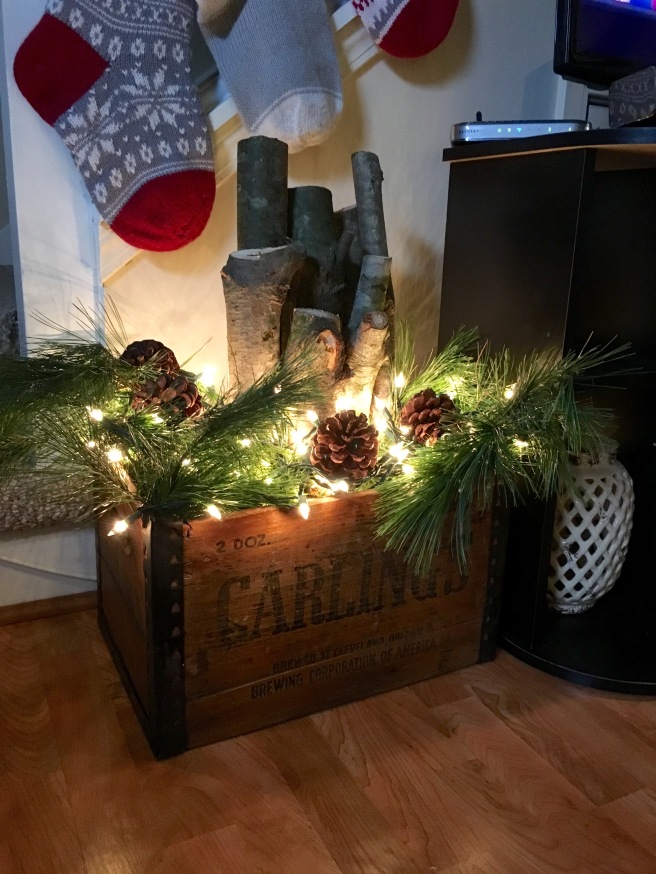